About the Latin American Ephemera Collection

Starting in 2015, the Library started providing open digital access to previously unprocessed parts of its Latin American Ephemera Collection through the Digital Archive of Latin American and Caribbean Ephemera. Much of the collection, however, remains accessible only in microfilm. See the Ephemera in Microfilm and Special Collections page for additional information.

The Digital Archive of Latin American and Caribbean Ephemera is a steadily growing repository containing a previously unavailable subset of Princeton’s Latin American Ephemera Collection as well as newly acquired materials being digitized and added on an ongoing basis. The bulk of the materials currently found in the Digital Archive were originally created around the turn of the 20th century and after, with some originating as recently as within the last year. 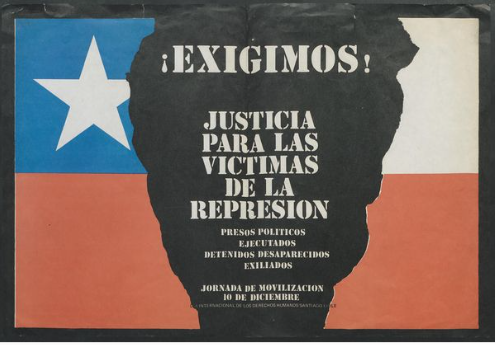 The Princeton University Library began to collect Latin American ephemera and gray literature in the 1970s. Barbara Hadley Stein, the University’s first Bibliographer for Latin America, Spain and Portugal (1966-1977), initially sought to document some of the major political developments of the period, including the rise to power of military dictatorships, coup d’états, the institutionalization of the Cuban Revolution, and the popular responses to those developments. Her successor, Peter T. Johnson (1977-2003), expanded the geographic and thematic scope of the collection and systematized the process of organizing, cataloging, and preserving it. Fernando Acosta-Rodríguez, Princeton’s current Librarian for Latin American, Iberian and Latino Studies, has overseen the collection since 2003.

Before the Digital Archive of Latin American and Caribbean Ephemera became available in early 2015, access to the material was provided by slowly developing thematic sub-collections, cataloging and microfilming them, and, in many instances, creating corresponding finding aids. Approximately 350 sub-collections were processed in such manner over the years. They remain accessible only through interlibrary loan or by visiting Princeton University in person.

Creating a digital archive offering open access to the collection became a goal once it was clear that the previously described access model was unsustainable. While it took some years to devise and build support for a digital project, collecting of ephemera continued uninterruptedly and a vast backlog of approximately 12,000 ephemeral items developed and remained essentially unavailable to researchers. That backlog is now being digitized and turned into the foundational content of the Digital Archive of Latin American and Caribbean Ephemera.

Ephemera in Microfilm and Special Collections

Access to all of the material collected and processed before the Digital Archive became available in early 2015 was provided by slowly developing thematic sub-collections, cataloging and microfilming them, and, in many instances, creating corresponding finding aids. Approximately 350 sub-collections were processed in such manner over the years. They remain accessible only by visiting Firestone Library in person or through interlibrary loan.

Please visit the Ephemera in Microfilm and Special Collections page for an overview of that vast portion of the collection.