American National Election Studies (ANES)
URL: http://www.electionstudies.org
Since 1948, the mission of the American National Election Studies has been to produce high quality data on voting, public opinion, and political participation that serve the research needs of those interested in the theoretical and empirical foundations of mass politics in a democratic society. ANES conducts national surveys of the American electorate in presidential and midterm election years and carries out research and development work through pilot studies in odd-numbered years. The main series of ANES studies encompasses biennial election studies spanning five decades.

National Annenberg Election Survey (NAES)
URL: http://www.annenbergpublicpolicycenter.org/ProjectDetails.aspx?myId=1
The National Annenberg Election Survey examines a wide range of political attitudes about candidates, issues and the traits Americans want in a president. It also has a particular emphasis on the effects of media exposure through campaign commercials and news from radio, television and newspapers. Additionally, it measures the effects of other kinds of political communication, from conversations at home and on the job to various efforts by campaigns to influence potential voters. You can access the raw data files and documentation here.

General Social Survey
URL: http://webapp.icpsr.umich.edu/cocoon/ICPSR-SERIES/00028.xml
Begun in 1972, the GSS is one of the most frequently analyzed source of information in the social sciences. The GSS contains a standard core of demographic and attitudinal questions, plus topics of special interest.

Harvard Institute of Politics – Kennedy School of Government
URL: http://www.iop.harvard.edu/research_polling.html
Since 2000, the Institute of Politics has conducted polls of American college students to track their political views and seek to understand what drives these new voters. This site provides access to summaries of findings and top line data in PDF.

National Election Day Exit Polls
URL: http://www.ropercenter.cornell.edu/elect_2004/exitpolls.html
Consist of presidential and/or congressional vote questions in addition to questions on gubernatorial races, important issues affecting the vote decision, presidential approval and a number of current national issues. With the exception of the 1972 CBS News Exit Poll, all include basic demographic variables such as gender, race, education, income, and age, among others.

Pew Research Center For The People & The Press
URL: http://people-press.org
The Pew Research Center is an independent opinion research group that studies attitudes toward the press, politics and public policy issues. They are best known for regular national surveys that measure public attentiveness to major news stories, and for their polling that charts trends in values and fundamental political and social attitudes. See the Data Archive to access the Center's survey data.

Public Agenda Online
URL: http://www.publicagenda.org
Founded in 1975 by social scientist Daniel Yankelovich and former Secretary of State Cyrus Vance, Public Agenda is a nonpartisan research and civic engagement organization that seeks to help Americans explore and understand critical public issues, including families and children, education, crime, the economy, the media, and foreign policy. You can access their research studies going back into the early 1990s on this web site. Their issue guides provide convenient synthesis of public opinion on key public issues. The About Polling section provides many useful articles about the field of public opinion research, which are a great way to learn more about opinion polling in general. 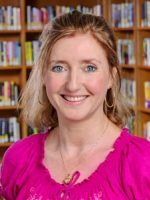