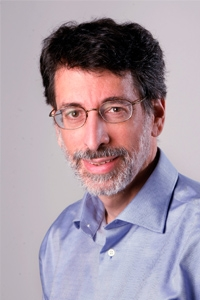 Andrew Appel is Eugene Higgins Professor Computer Science, and served from 2009-2015 as Chair of the department. His research is in software verification, computer security, programming languages and compilers, and technology policy. He received his A.B. summa cum Laude in physics from Princeton in 1981, and his Ph.D. in computer science from Carnegie Mellon University in 1985. Professor Appel has been editor in chief of ACM Transactions on Programming Languages and Systems and is a fellow of the ACM (Association for Computing Machinery). He has worked on fast N-body algorithms (1980s), Standard ML of New Jersey (1990s), Foundational Proof-Carrying Code (2000s), and the Verified Software Toolchain (2010s).   He has written papers on copyright and on scholarly publishing, which led to his interest in Open Access at Princeton University.  In 2011 Appel was Chair of the Princeton University committee on Open Access, which recommended the policy adopted in 2011 by the University Faculty. 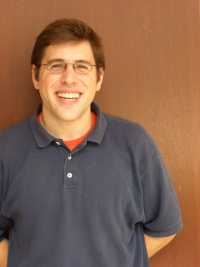 Matthew Salganik is Professor of Sociology and he is affiliated with several of Princeton's interdisciplinary research centers: the Office for Population Research, the Center for Information Technology Policy, the Center for Health and Wellbeing, and the Center for Statistics and Machine Learning. Salganik's research has been published in journals such as Science, PNAS, Sociology Methodology, and Journal of the American Statistical Association. His papers have won the outstanding Article Award from the Mathematical Sociology Section of the American Sociological Association and the Outstanding Statistical Application Award from the American Statistical Association. Popular accounts of his work have appeared in the New York Times, Wall Street Journal, Economist, and New Yorker. He is the author of Bit by Bit: Social Research in the Digital Age which is currently in Open Review. You can read it and participate at http://www.bitbybitbook.com. 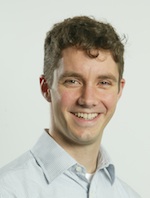 Professor Rowley's research interests lie at the intersection of dynamical systems, control theory, and fluid mechanics, and focus on reduced-order models suitable for analysis and control design. He received his undergraduate degree from Princeton, and his doctoral degree from Caltech, both in Mechanical Engineering.  His awards include an NSF CAREER award and an AFOSR Young Investigator Award, as well as several teaching awards.He served as managing editor for the Journal of Nonlinear Science from 2006 to 2010, and continues to serve on the editorial board of the Journal of Nonlinear Science, the Journal of Computational Dynamics, and AIAA Journal, as well as two Springer book series: Frontiers in Applied Dynamical Systems, and Surveys and Tutorials in the Applied Mathematical Sciences.

Kyle K. Courtney, a lawyer and librarian, is the Copyright Advisor for Harvard University Library working in the Office for Scholarly Communication. He works closely with Harvard Library to establish a culture of shared understanding copyright law and open access within the Harvard community. His "Copyright First Responders" initiative was profiled in Library Journal in 2013, and he was named a National Academic Library Mover & Shaker in 2015. He is a published author and nationally recognized speaker on the topic of copyright, open access, technology, libraries and the law. You can find him on Twitter @KyleKCourtney.