Organization of the Collections at Princeton

The ACLU national office collection stewarded by Mudd Library is made up of four parts (known as subgroups). There are also distinct sections (known as series) within Subgroups 2 and 3 that have their own separate, searchable finding aids. The series are further broken down into sections called subseries. For example, in the image below you'll see that we have navigated to Sub-series 2A: Access to Justice Project, which is part of Series 2: Project Files series. This Project Files series is part of Subgroup 3. 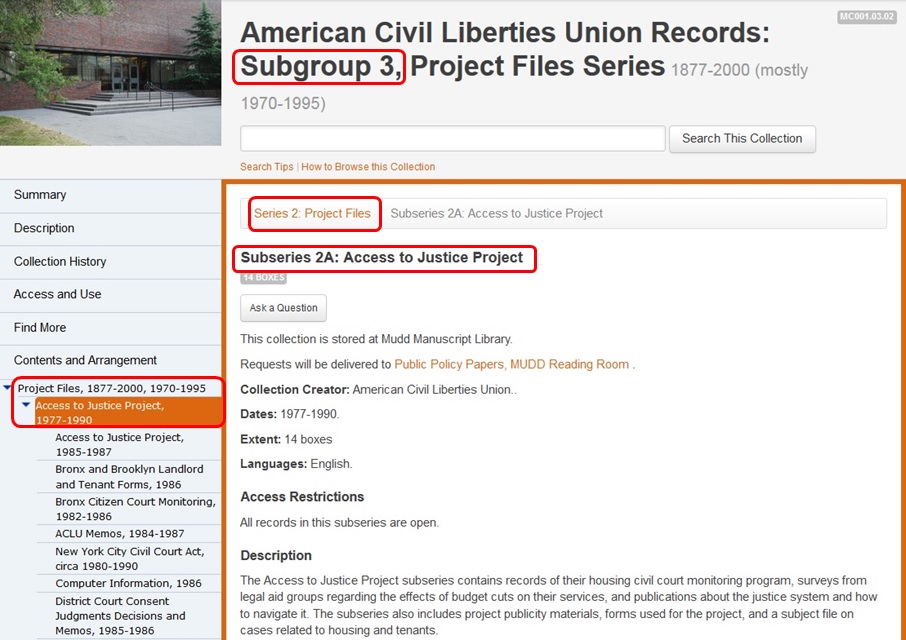